This post is a try to catch up with my pictures during the last week of July and three weeks of August. It's just a collection of the most interesting photos and a couple of words to describe them. 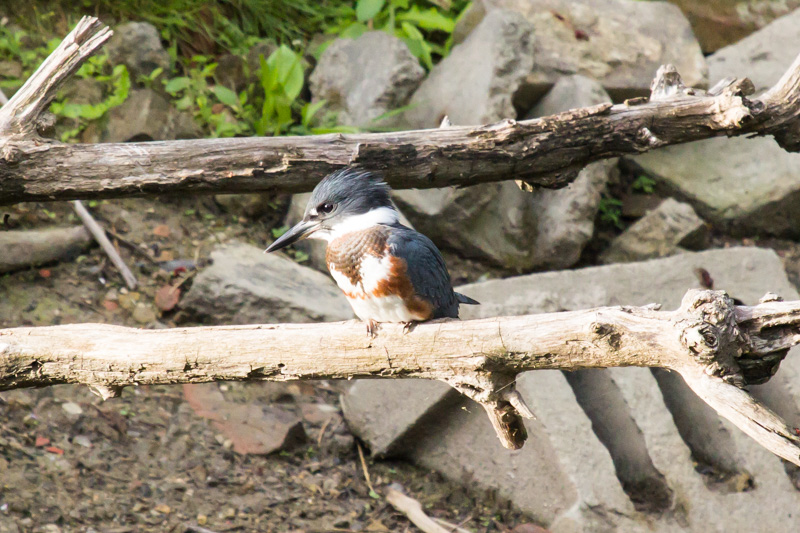 Kingfishers were always among the most famous models for nature photography. This Belted Kingfisher is a good example why. Pictures were taken in the Seton Park of Toronto.

Another beauty from this park - Cedar Waxwing. Adult bird and two juveniles. 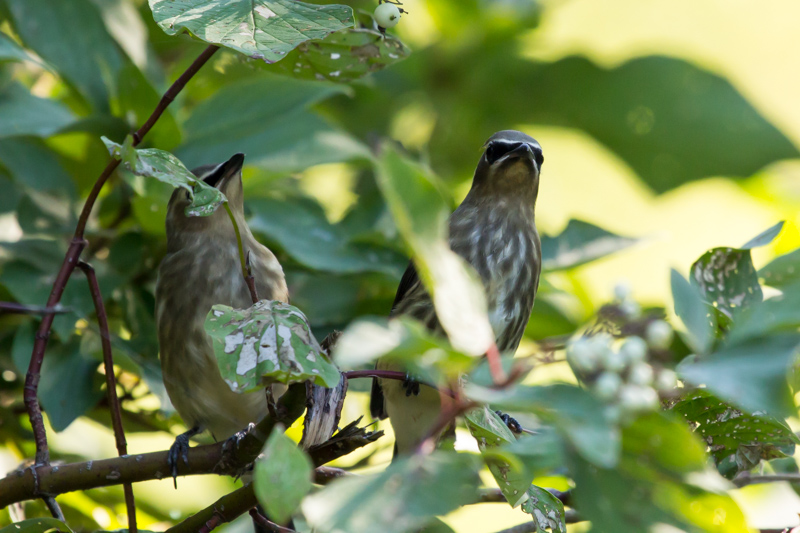 Pileated Woodpecker - a pretty big bird. It is not as common as Downy or Hairy woodpeckers, I've seen him just once. 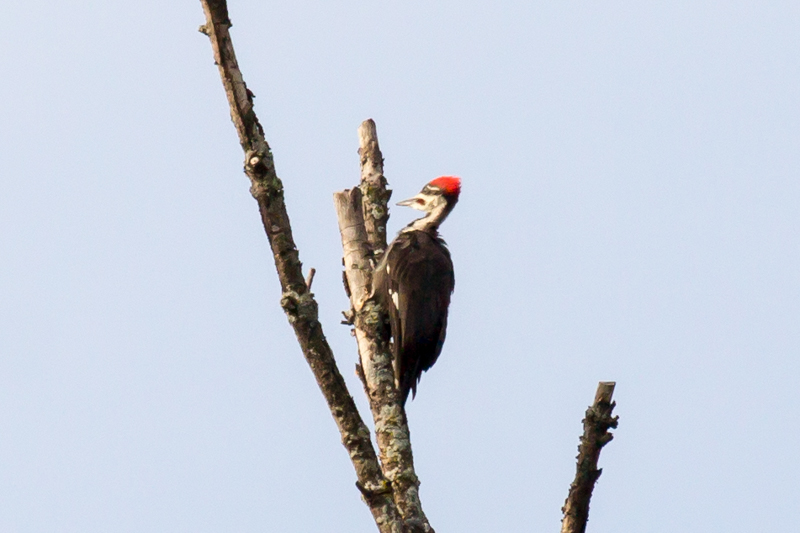 Black-crowned Night Heron. Quite common in Toronto parks with lakes inside. 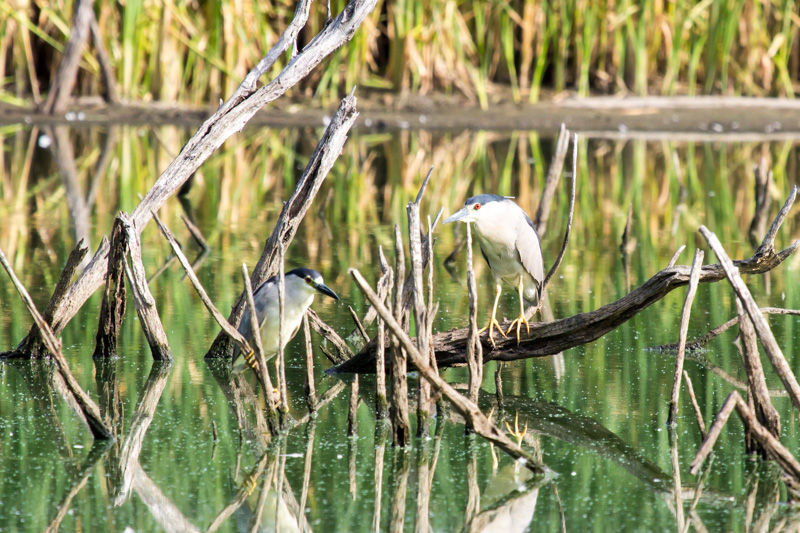 It's a juvenile Red-tailed Hawk. 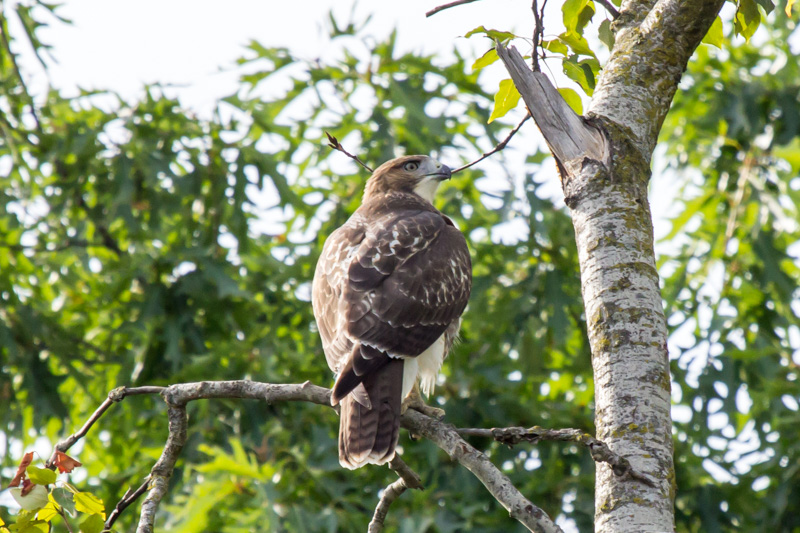 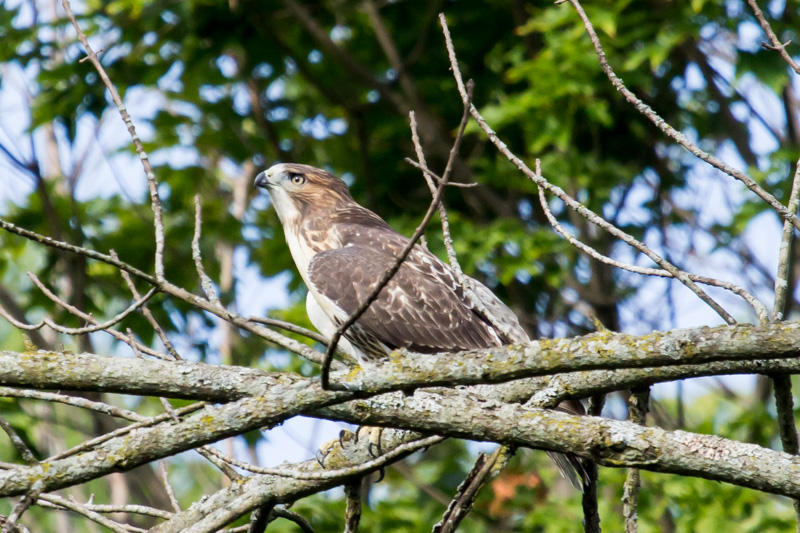 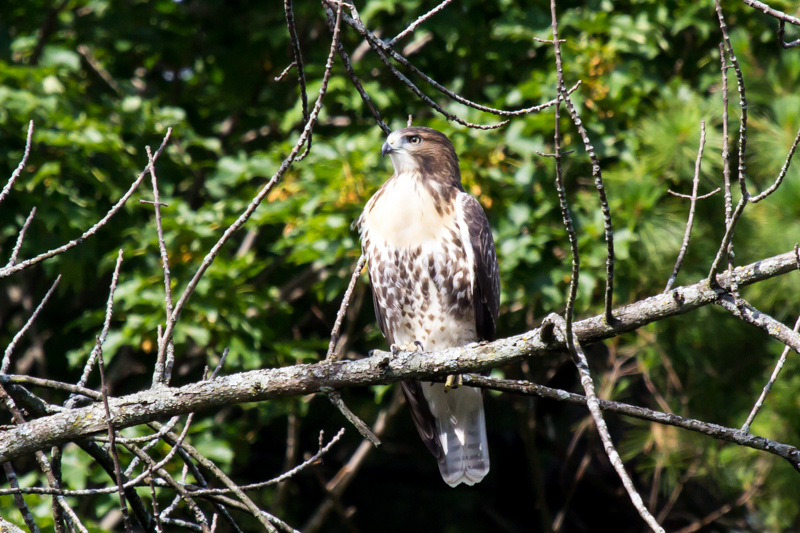 All the pictures above were taken in Seton Park.

Below you will find the photos from Tommy Thompson Park, probably the best birding hot-spot in Toronto. 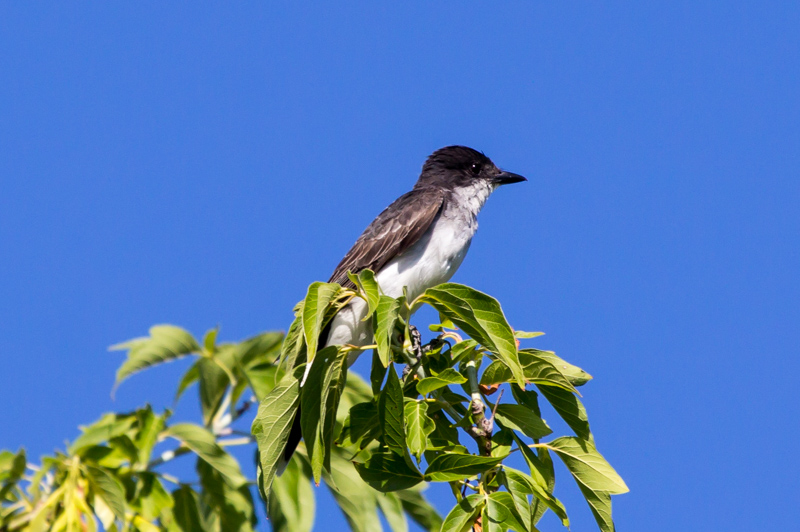 Yellow Warblers are pretty widespread in the city, other warblers are not that common to be found easily. 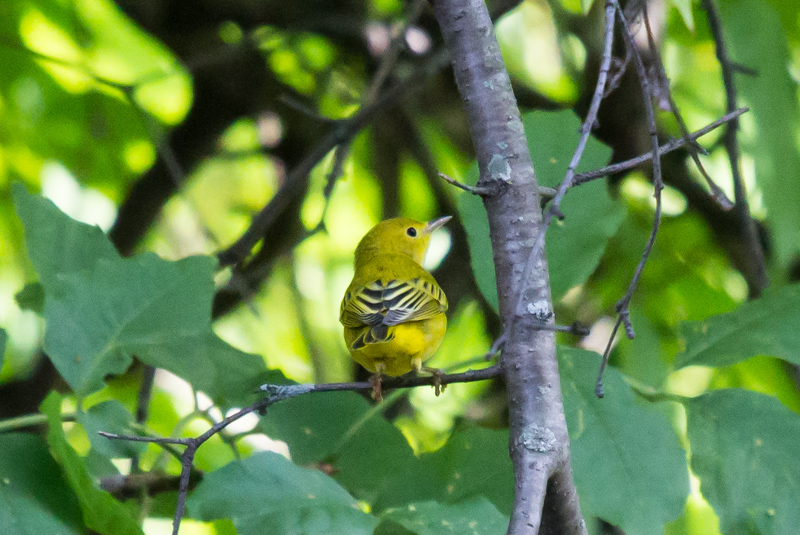 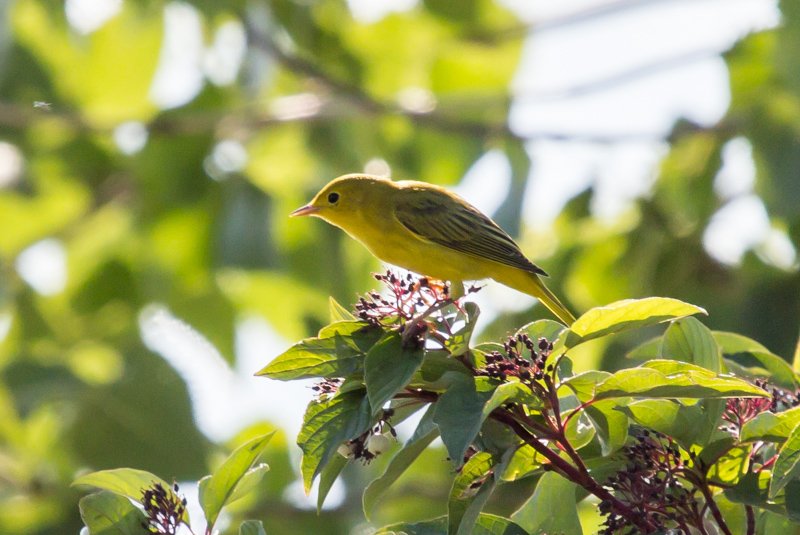 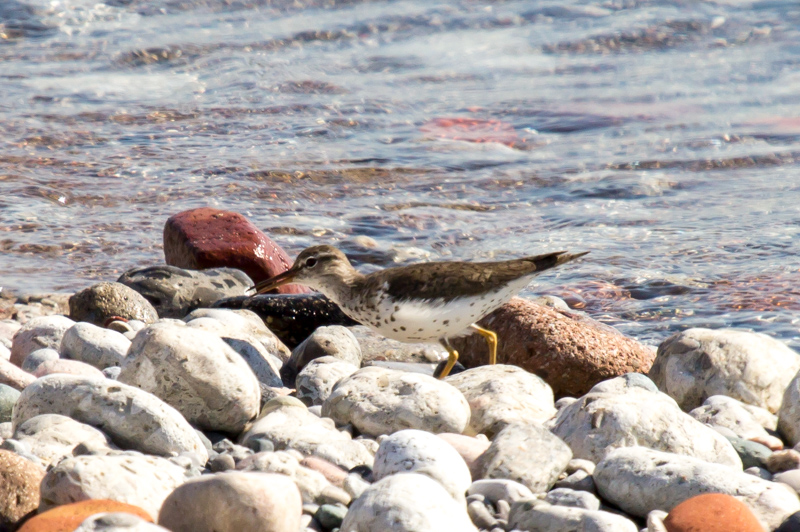 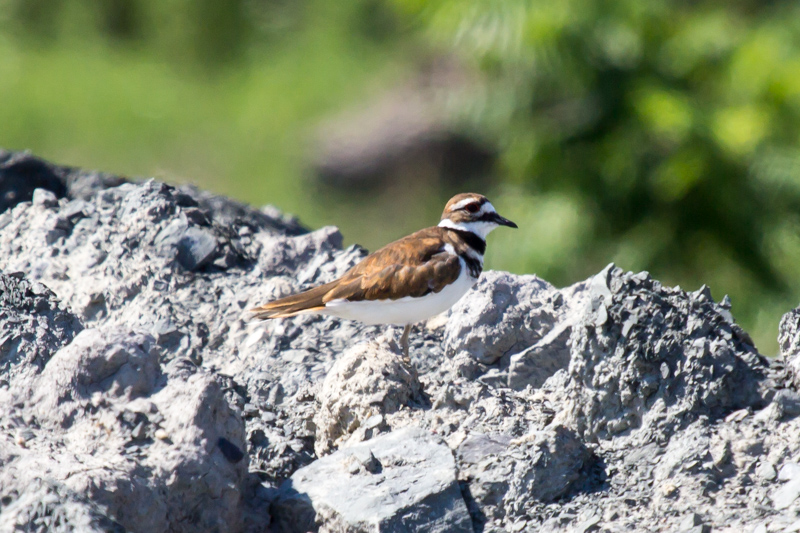 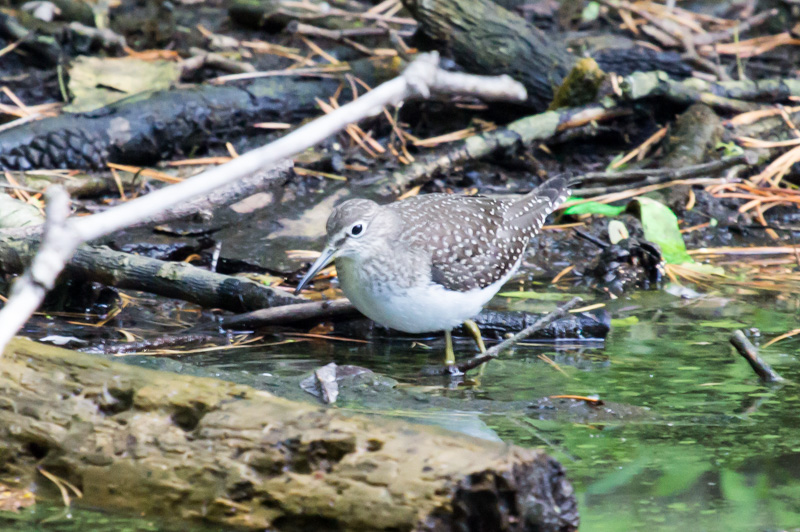 This is a place where the most of TTP waders could be spotted. Gulls and terns are here as well. 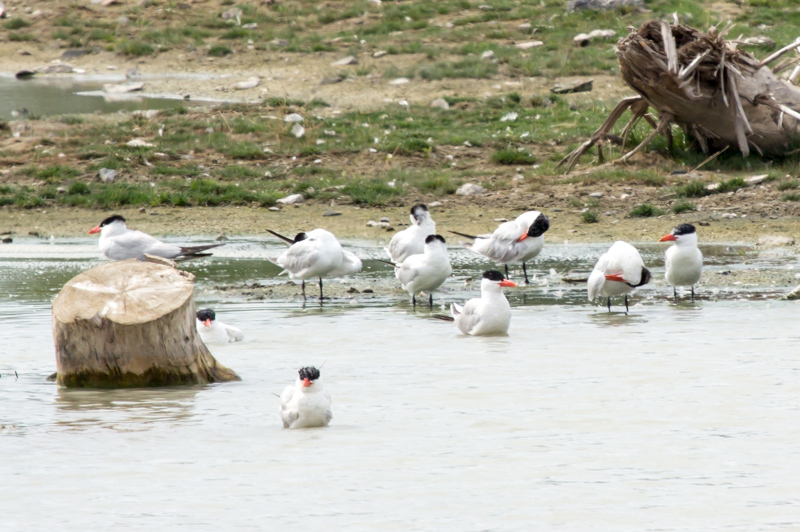 Trumpeter Swan. White and black and nothing more. 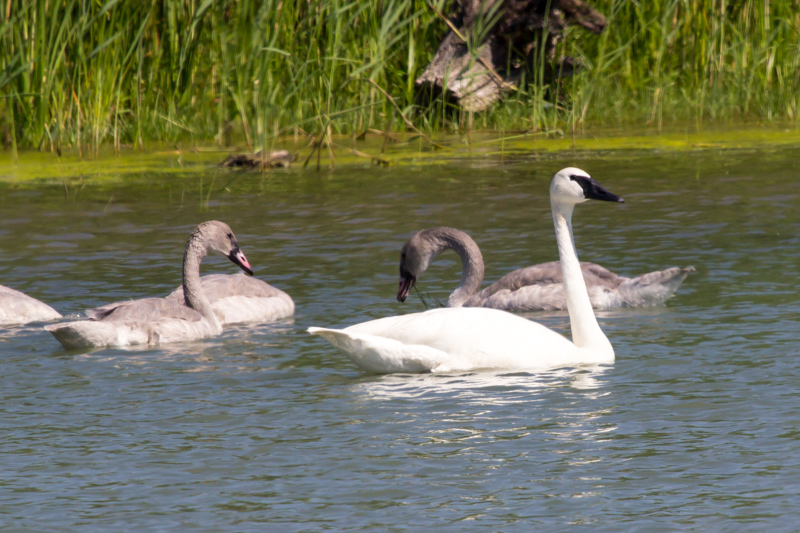 Yes, it's a Herring Gull, another intercontinental bird. 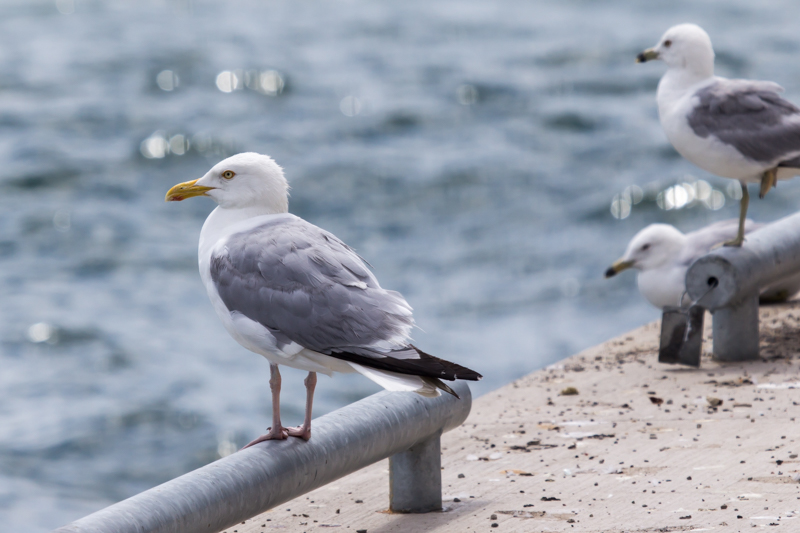 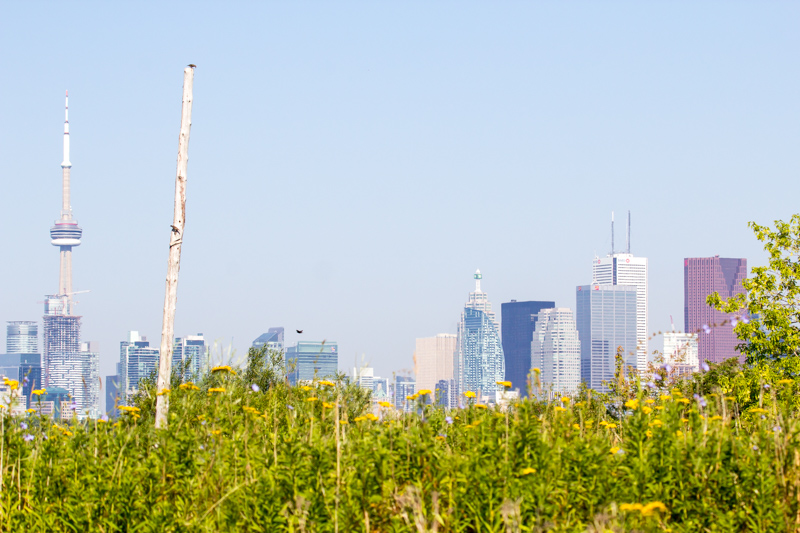 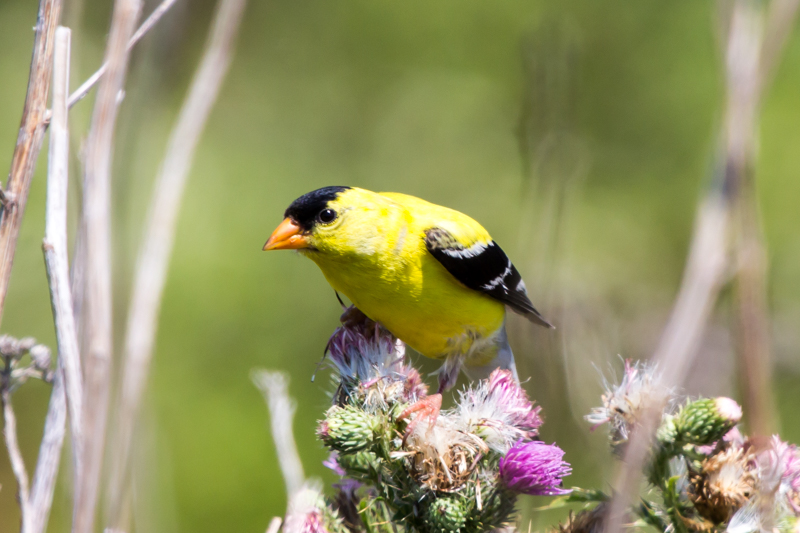 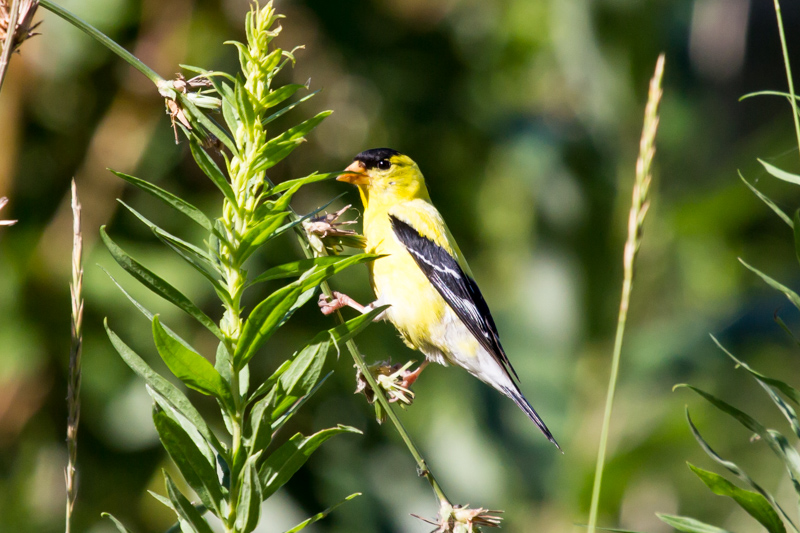 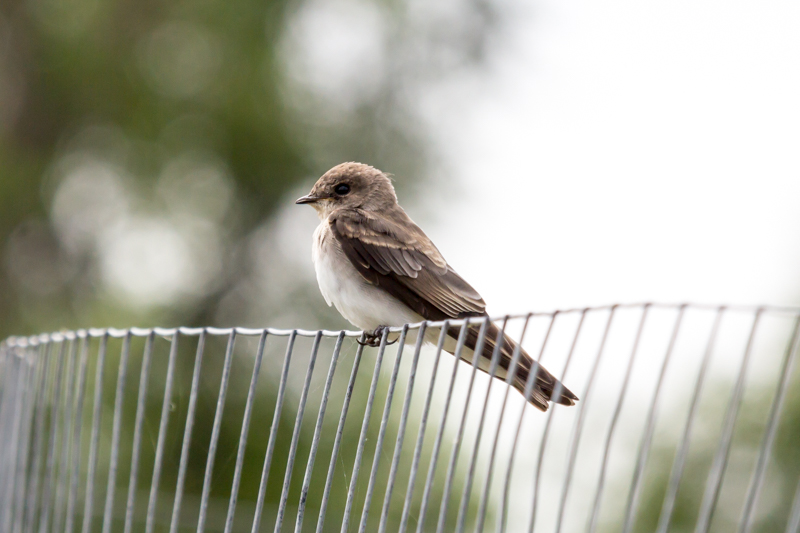 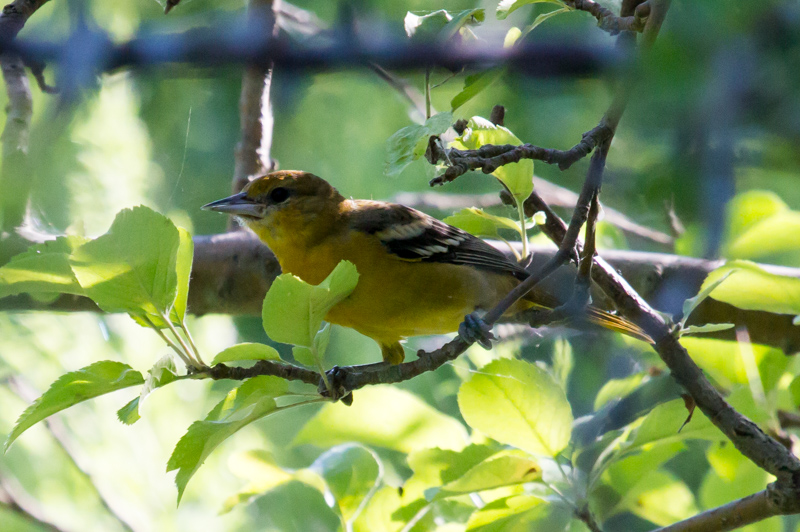 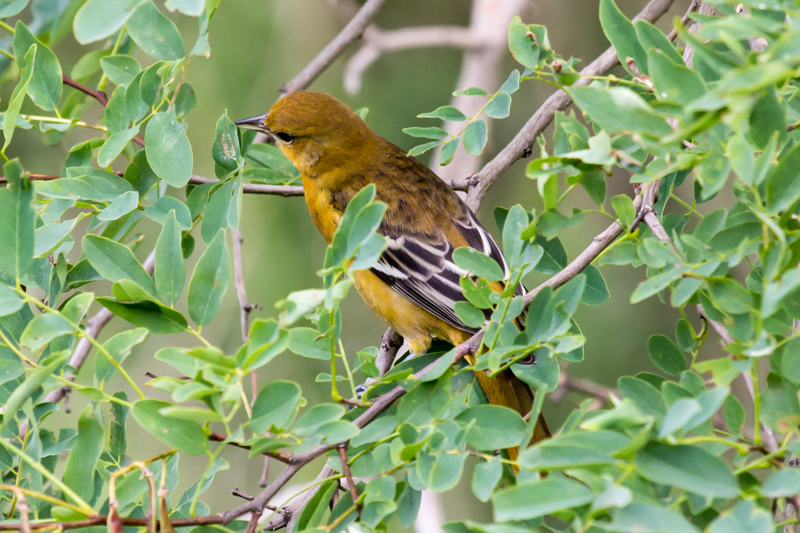 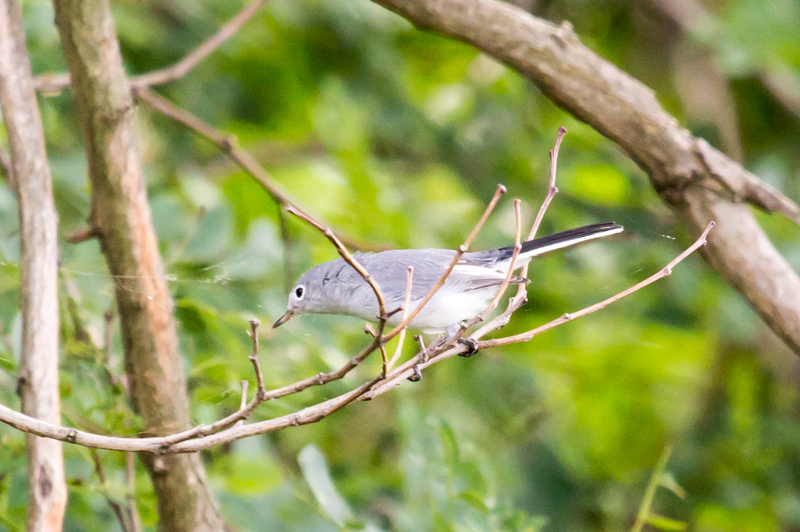 Resting after an unsuccessful hunt for the gulls, this young Peregrine Falcon will close this TTP (Tommy Thompson Park) collection. 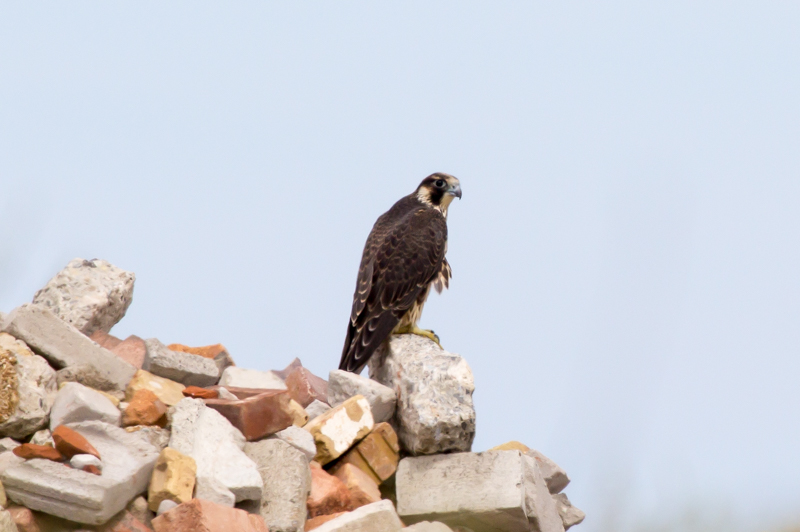 Turkey Vulture under the Bayview Street. 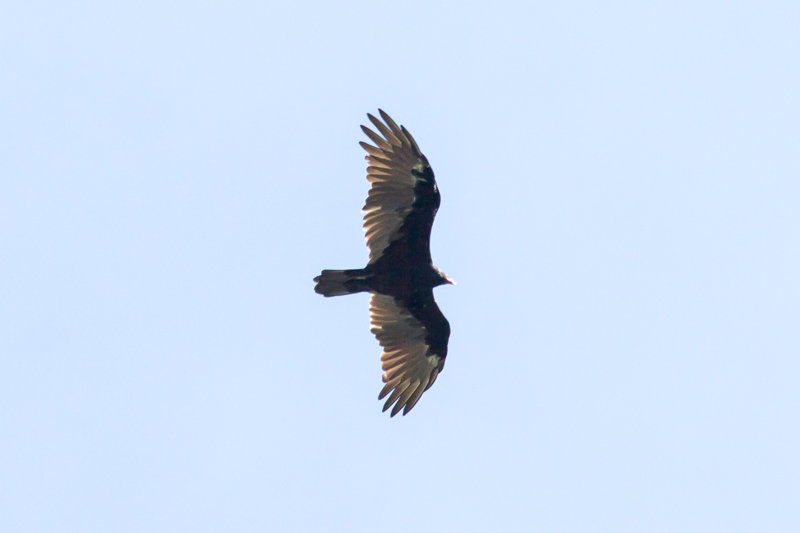 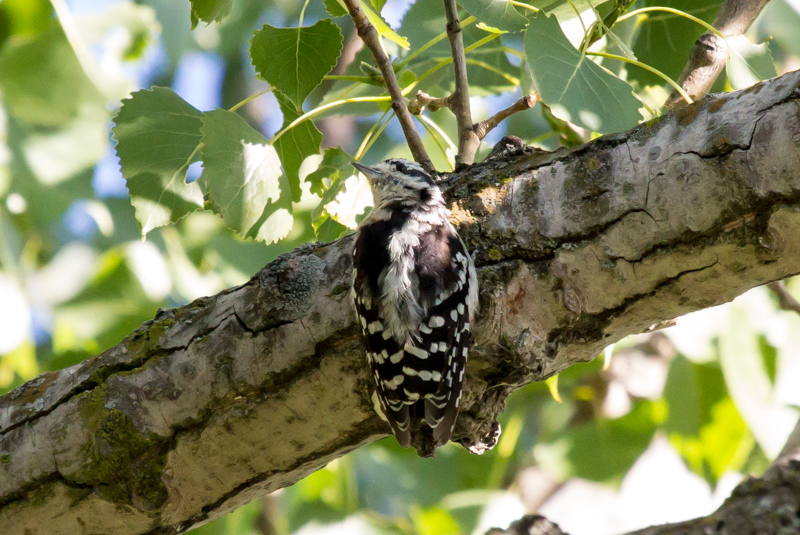 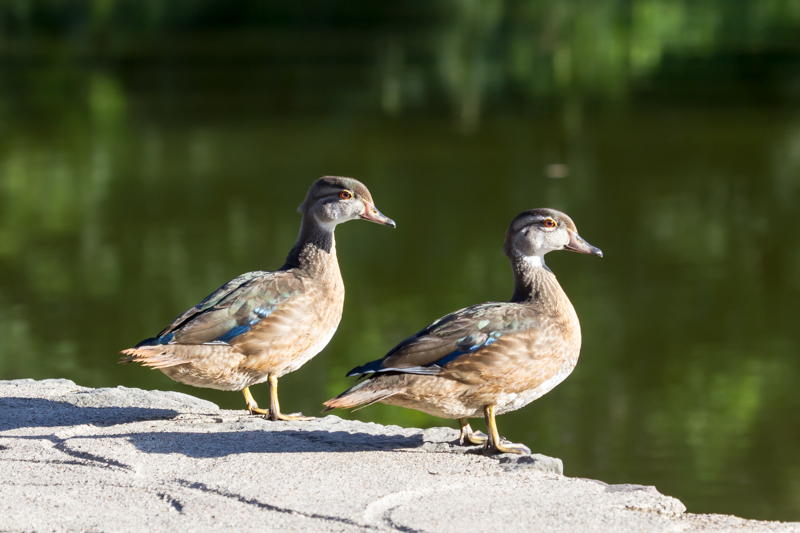 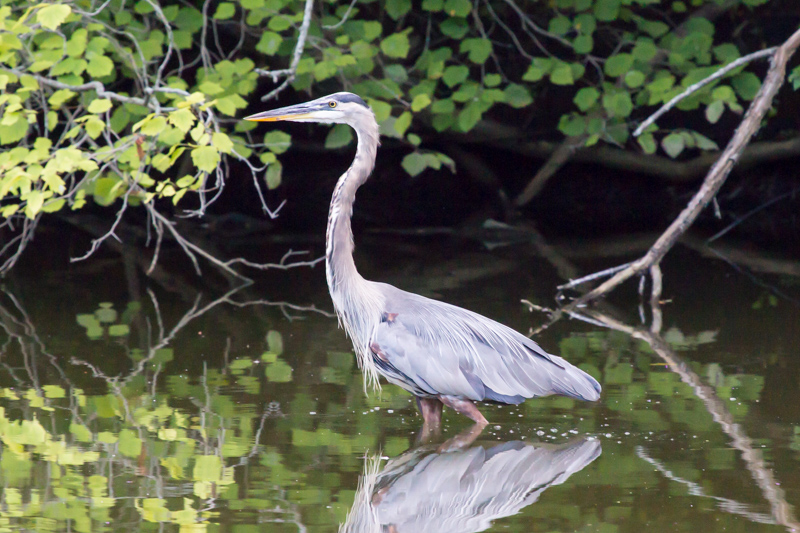 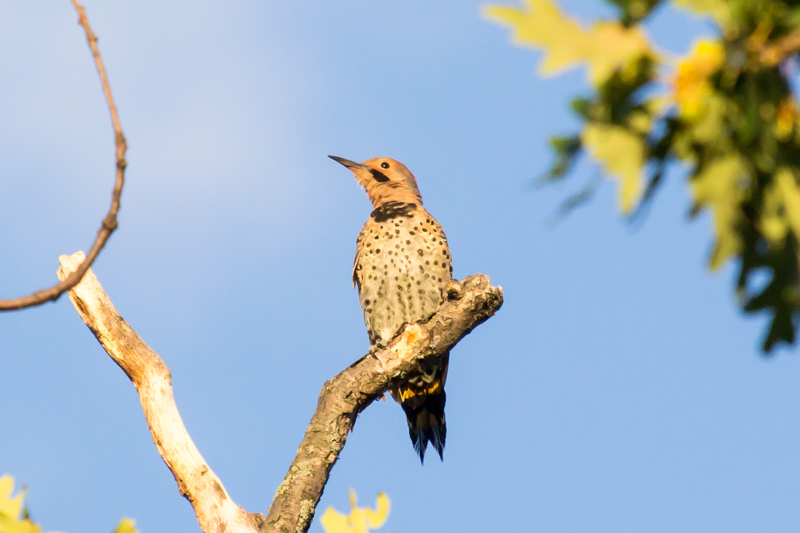